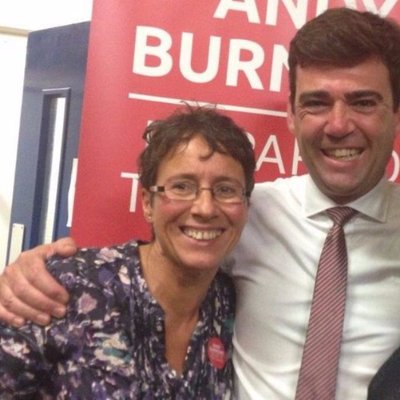 Focus on things that matter, walk the path of truth #TeamRory Activist/Thinker/Joker/Cyclist/Pro-Environment/Anti-Corruption/AllActionHero/Zionist🇮🇱 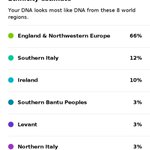 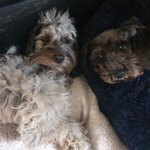 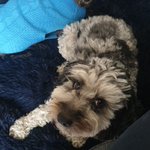 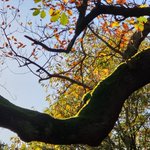 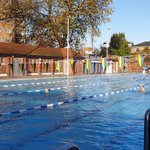 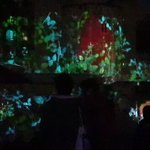 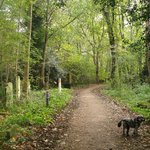 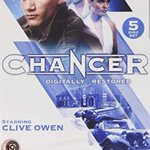 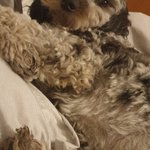 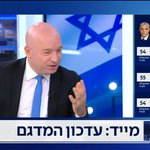 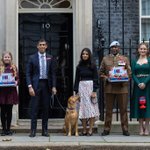 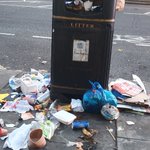 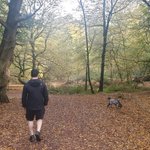 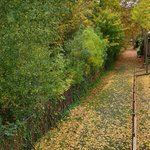 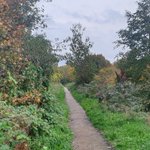 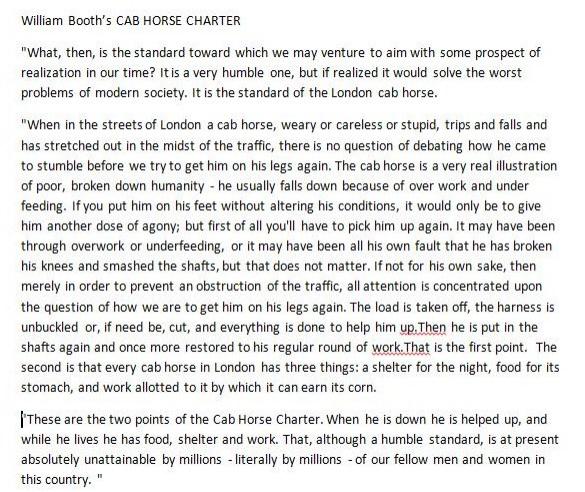 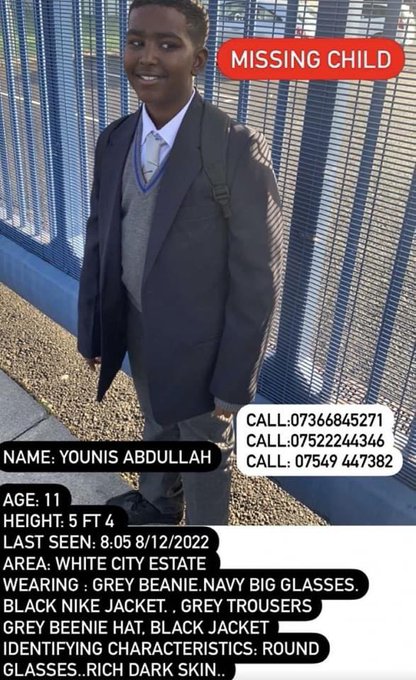 Nicole Lampert @nicolelampert
21h
‘It’s amazing what people will do, when offered a huge amount of money to hand over photos,’ says Harry with no sense of irony. #HarryandMeghanonNetflix
17
42
1
278
Show this thread
(((Debbie Simone)))🐳#SlavaUkraini retweeted

Marcus Walker @WalkerMarcus
15h
I wonder if this is the core insight of today. Meghan didn't realize that the monarchy was real, with a reality that was intrinsic, and which was expected to be recognised, and which has consequences on all those involved in it - from curtsying to not being publicly political.

Chris Ship @chrisshipitv
21h
Replying to @chrisshipitv
Meghan says “I thought it was a joke” when she was told she would have to curtsy to Harry’s grandmother, the Queen on their first meeting. In her interview, Meghan performs a deep bow with her arms outstretched and says “Pleasure to meet you Your Majesty” and asked “was that ok?”
Show this thread 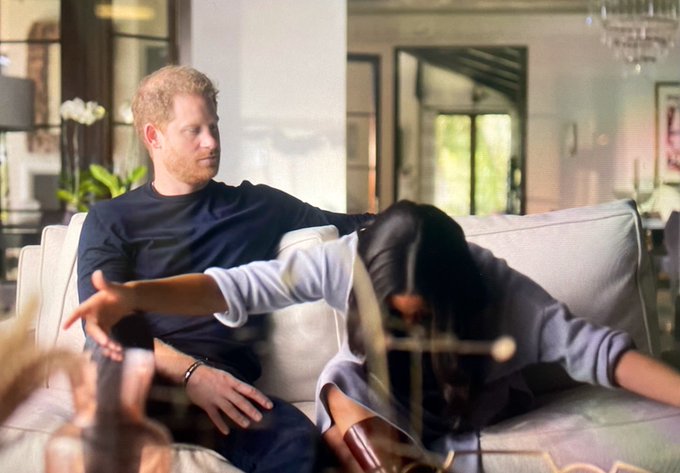 (((Debbie Simone)))🐳#SlavaUkraini @debbiesimone123
2h
I think UK is beginning to go along this weird path too, if you dont like the taste dont eat hummus, dont disguise it with other tastes! 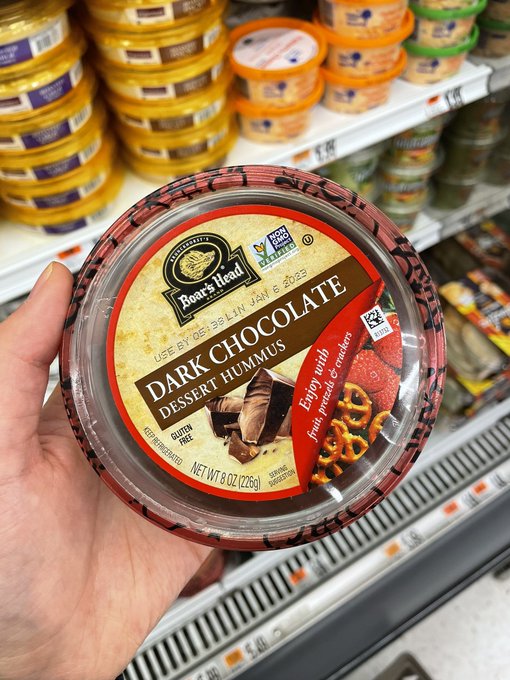 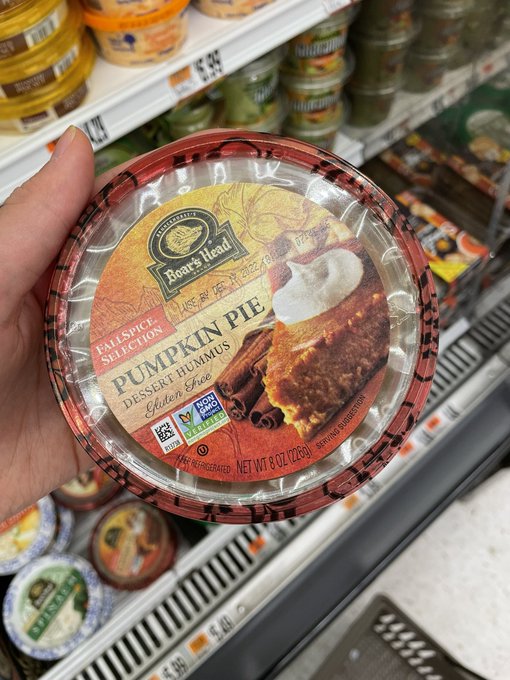 We Believe in Israel @WeBelieveIsrael
10h
Ukraine continues to fight for democracy, freedom and the right to self determination. Just like Israel. haaretz.com/world-news/2022-…

Ben Kentish @BenKentish
15h
A 72-year-old man who sold mince pies during lockdown was sentenced to six months in prison. Anne Sacoolas, who killed 19-year-old Harry Dunn by driving on the wrong side of the road, was spared a prison sentence.
291
2,585
114
11,557
Show this thread

Exclusive: Men and women coming in with shotgun wounds to different parts of bodies, doctors say

On visit to war-stricken country, Foreign Secretary says Nazi horrors are being repeated and Russia's claims to justify them contained 'a specific antisemitic element'

Telegraph Politics @TelePolitics
Dec 7
🔴 Soldiers should not be made to give up Christmas to cover for striking NHS workers who earn more than them, senior military figures have told ministers telegraph.co.uk/politics/202…
1
(((Debbie Simone)))🐳#SlavaUkraini retweeted

Macer Gifford @macergifford
Dec 8
Ukraine update! 🇺🇦 Receiving my medal from the General. 🏅 Proud to be a British volunteer with the 131 Separate Reconnaissance Battalion ✌️🇬🇧 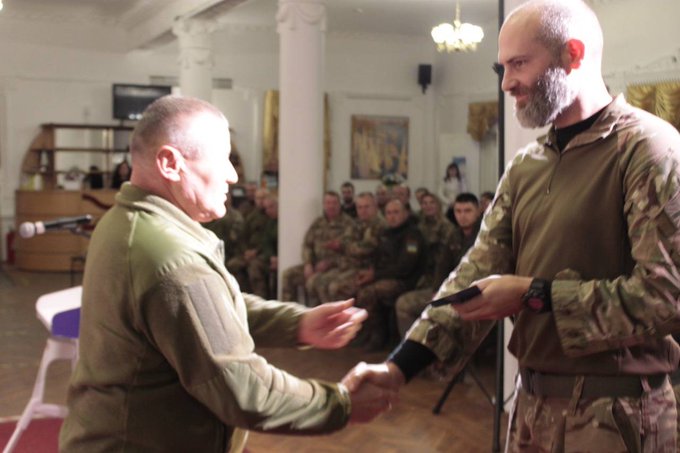 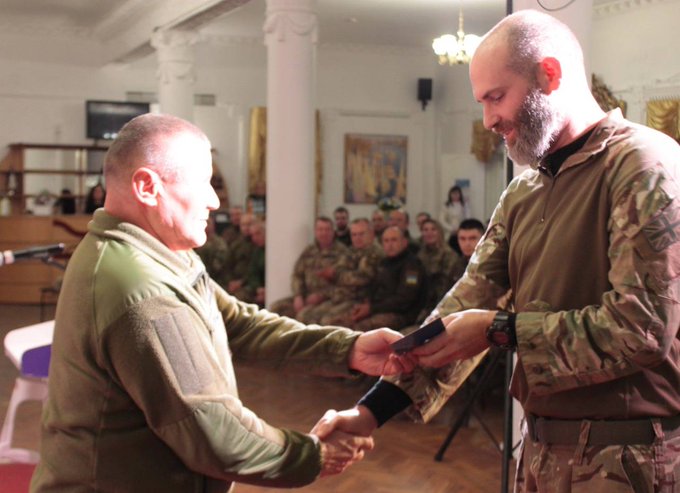 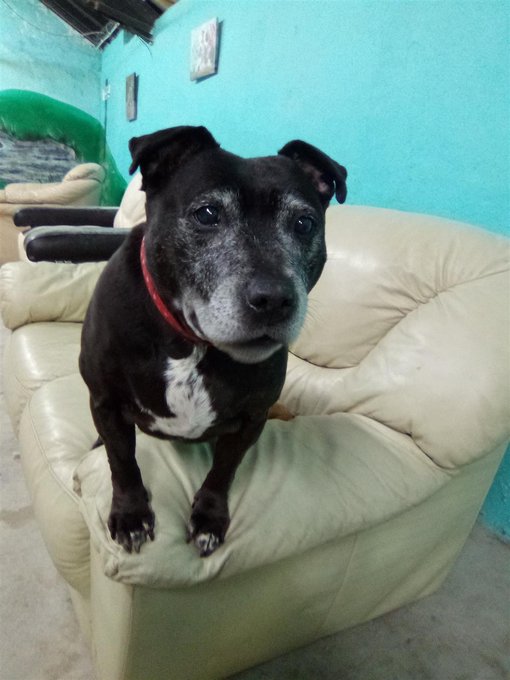 Anton Gerashchenko @Gerashchenko_en
Dec 7
A volunteer brings humanitarian aid to a grandma in Kharkiv region. She has to deal with such hardships at her age. Heartbreaking. 📹: misha_misha555/TikTok
227
1,664
116
7,962
98,447
(((Debbie Simone)))🐳#SlavaUkraini retweeted

'Weasy' @louisenobladder
Dec 6
I despair for our wildlife. There I’ve said it. For 5yrs myself & friends have tried to protect a sett from relentless hunt persecution. Nothing @ASPRuralCrime (& @NaturalEngland ) have said to the landowner has prevented this wipeout today 😢
32
156
10
242
3,939
(((Debbie Simone)))🐳#SlavaUkraini retweeted

Wrexham Litter Pickers @LitterWrexham
Dec 6
A pollution source has been identified on the River Gwenfro. A unit on the Whitegate Industrial Estate had a waste pipe misconnected to a surface water drain, resulting in industrial waste from their paint washing activities flowing into the river. #rivers #pollution #Wrexham nitter.1d4.us/i/web/status/160… 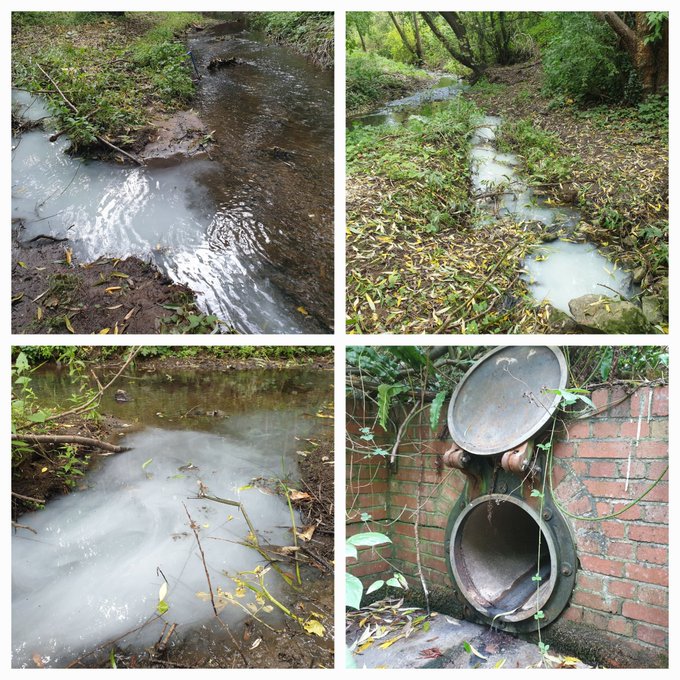 Linda J. Crane @EarthKeeper22
Dec 7
Aussie #wild #life rehabilitator Gillian Abbot rescued this Roo when it was 2 months old & raised the orphan, giving it a teddy bear to cuddle. Now coming & going at will; Doodlebug hugs his teddy every time he returns from the #wild🦋LJC #Wildlifeconservation #EarthKeepersUnite 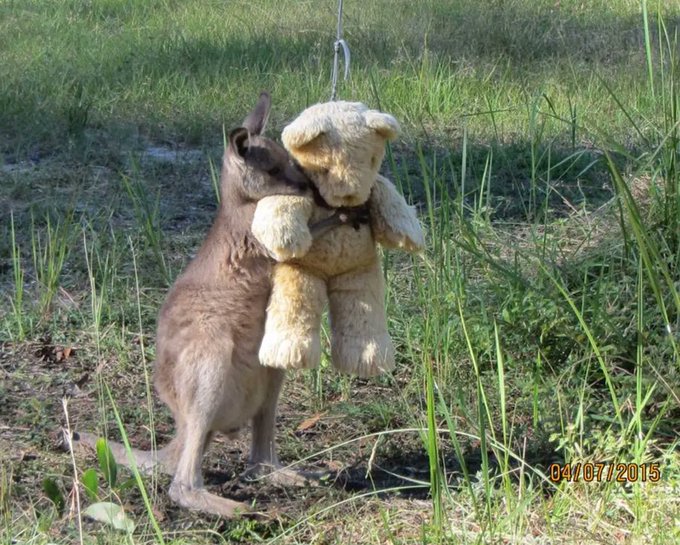 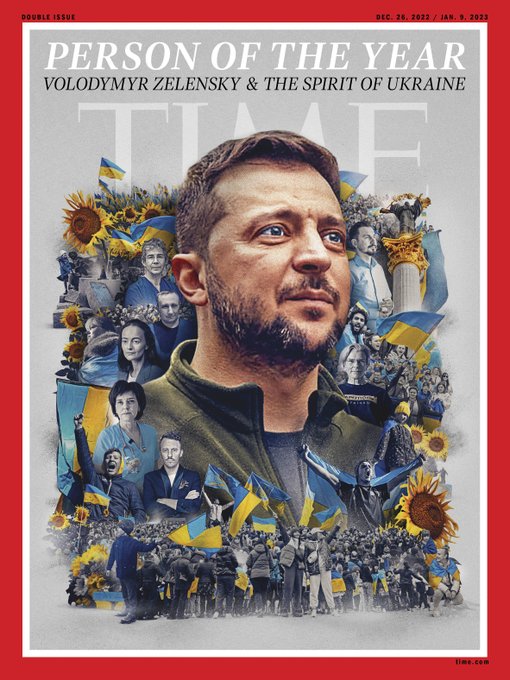 Animal Justice Party @animaljusticeAU
Dec 7
"This wee one arrived at the free wildlife clinic because someone ran over him. Please slow down on the roads. These guys hardly jump out in front of you.. The roads we lay, cut the pathways our native animals have used forever." - Red Box Wildlife Shelter Inc. #WildlifeRescue
Show this thread 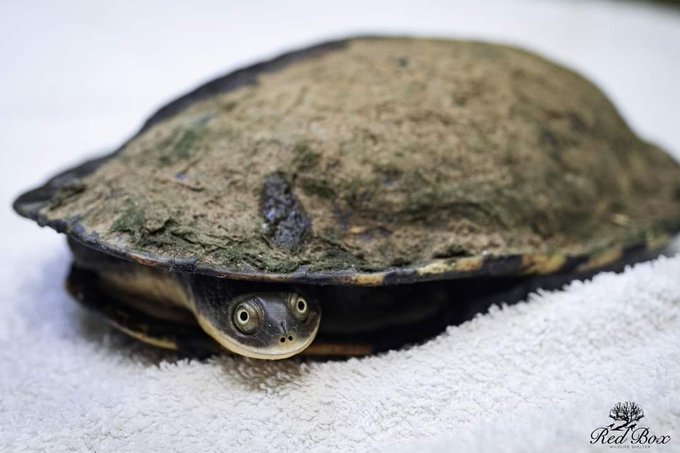 Keiran Pedley @keiranpedley
Dec 7
NEW from @IpsosUK: 52% of Britons think Brexit has had a negative impact on the UK. 22% say positive. Current net score positive of -30 and last month's -29 the worst registered since we started tracking after the last GE. ipsos.com/en-uk/majority-bri… 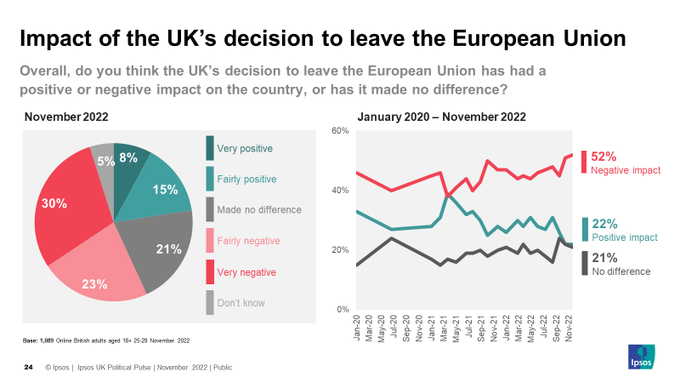 (((Debbie Simone)))🐳#SlavaUkraini @debbiesimone123
Dec 7
This is the biggest threat to Israel: the ultra orthodox are often not active in the economy & do not do their army duty either - and this demographic is growing

Haaretz.com @haaretzcom
Dec 7
Replying to @haaretzcom
“About half of Israel’s children are receiving a third-world education – and they belong to the fastest growing parts of the population. As adults, they will only be able to maintain a third-world economy," warns Prof. Dan Ben-David haaretz.com/israel-news/2022…
Show this thread
1
Load more